Employers place great value on talent who drive their own learning agenda.
Gain the knowledge needed to keep your organisation or potential employer competitive and you also gain power.
Here are 4 ways to show potential employers you’re a constant learner.
1. Update your CV (of course)
2. Update your LinkedIn profile
3. Share knowledge on social media
4. Write ‘think pieces’ for industry publications and social media

New research from the Australian National University has found that humour in the workplace can help employees deal with workplace aggression and stressful situations.
ANU College of Business and Economics lead researcher Dr David Cheng said workplace aggression and bullying is a widespread problem that impacts the mental health of victims and the ramifications can be expensive for organisations. The results of the research show, he said, that humour can be used to reduce the negative impact of aggression.
“While obviously the best solution to workplace aggression is to stamp out the poor behaviour, our research shows if something stressful does happen to you at work, a bit of laughter can help,” Dr Cheng said.
“The experiments consistently showed exposure to humorous stimuli is useful for victims of aggression. Humour helps reduce some of the damage caused to a victim’s psychological well-being by bolstering their sense of power. They felt more powerful and that people would be more likely to listen to them.”
“That’s important because with workplace aggression, when you get yelled at you feel belittled, you feel weaker. So humour can help counter that by making you feel more empowered,” he argued.
The study is part of a larger research project into the impact of laughter in the workplace, following a 2015 study that saw participants engaging in boring repetitive work (answering basic maths questions). After a period, people were given a 10-minute break, with one group again exposed to humourous videos.
“After the break, we told people they could stop work at any point in time. Then we measured how long they went for and how they performed,” he said.
“The people in the humour group continued to work for double the length of time with the same level of performance in terms of the accuracy of their answers.”
The results of the research have been published in a paper titled: Laughter Is (Powerful) Medicine: the Effects of Humor Exposure on the Well-being of Victims of Aggression in the Journal of Business and Psychology. 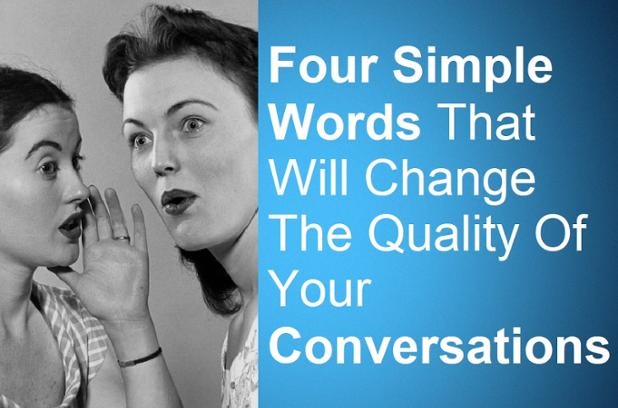 Picture yourself listening to a friend who is telling you a great story.
Now think about what you’re thinking while they’re telling that story.
You’re thinking about a story you’re going tell that’s “just like” their story, aren’t you?
In your head you’re thinking, “Oh my gosh, I have a story that’s JUST LIKE that!”
“They won’t believe how similar our stories are!”
“I have to keep thinking about my story so I won’t forget it.”
“When will they stop talking so that I can tell my story?”
Notice that you’re now thinking about you. You’ve become focused on your own story and you have actually stopped listening to the other person’s story.
Me telling you a story that’s “just like” your story is not listening.
The conversation becomes a tennis match in which stories are volleyed back and forth – there is no real connection.

If you want to do more than volley the stories back and forth across the net – if you actually want to connect with the other person – try using these four simple words:

“Tell me more about…”

“Oh my gosh, wait until I tell you what happened to me – it’s just like that!” is about you and your story.
“Tell me more about” is an invitation to connect.
Give it a try!

Go ahead and take that lunch break! 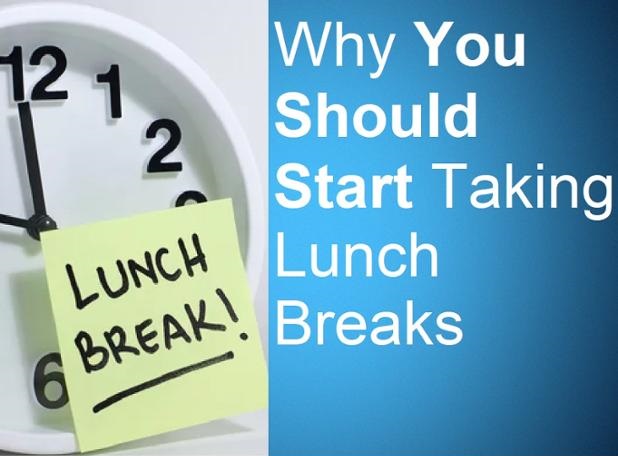 Give yourself permission to go outside.
Break free from your desk even for 20 minutes.
Seriously, you know you want to, you know you’re entitled to it, you know how important it is to take breaks. Not only will it boost your productivity and creativity, it’ll be a win for your mental and physical health as well.

In fact, the majority of those who eat at their work desk at least once a week say that if they were to eat away from their desk more often, they would be more creative (64%), in a better mood (74%) and healthier overall (73%).

You always have a choice. You can adopt a mindset where you believe the world is conspiring against you, and let frustration stymy you, or you can use setbacks as fuel to course correct and keep going. To conquer frustration, focus on the outcome, not the obstacle.

We often get discouraged right before we have a major breakthrough. Stick with it! An arrow can only be shot by pulling it backward. So when life is dragging you back with difficulties, it means that it’s going to launch you into something great.

If you maintain your patience and keep your eye on the prize, you might look back and see that this was a pivotal moment.